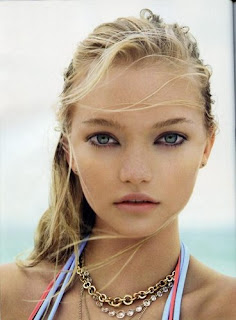 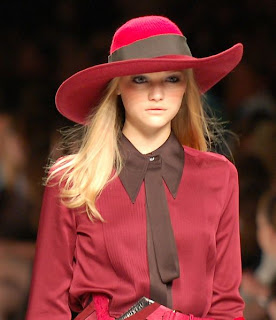 Vivien's Model Agency picked her up after seeing a small picture of her in an Australian magazine and at only sixteen, Ward was the youngest model to be listed by American Vogue as one of the nine "It Girls" in the modeling world. Ward is currently being considered a model of the moment by many fashion insiders and fans alike, having been described at times as having an out-of-this-world look. British photographer Nick Knight stated, "Gemma is one of the very, very few models who look as though they come from another dimension." She currently lives in New York and is close friends with fellow models Lily Donaldson, Caroline Winberg, Daria Werbowy, and Lily Cole. Casey Johnson, heiress to Johnson & Johnson fortune and Ward have been friends since Ward entered the modeling industry, they are both some of the highest paid young models in the industry Ward's baby doll-like look inspired a new craze in fashion. Fashion designer Lazaro Hernandez of Proenza Schouler told Teen Vogue in February 2006 that, "She looked like no one else at the time. She was this alien, and fashion is always looking for newness." Her look became the popular new look among models. It has inspired a new generation of baby doll-like models such as Vlada Roslyakova, Heather Marks, and Jessica Stam. Ward has long aspired to pursue acting and drama is a passion that she has held since she was a child. She has been cast in Australian director Elissa Down's upcoming film The Black Balloon also starring Toni Collette and Rhys Wakefield, as the girlfriend of a boy whose brother has autism. She was recently cast opposite Liv Tyler in the suspense thriller The Strangers as one of the three masked intruders. She also appeared in the music video for "Daughters" by John Mayer. In July 2007, earning at an estimated total of $3 million in the past 12 months, Forbes named her tenth in the list of the World's 15 Top-Earning Supermodels after Daria Werbowy, Karolina Kurkova, Natalia Vodianova, Carolyn Murphy, Alessandra Ambrosio, Adriana Lima, Heidi Klum, Kate Moss,and Gisele Bundchen.
Campaigns: 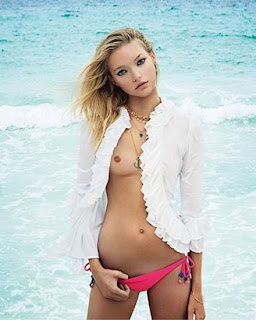 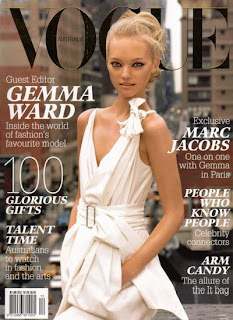