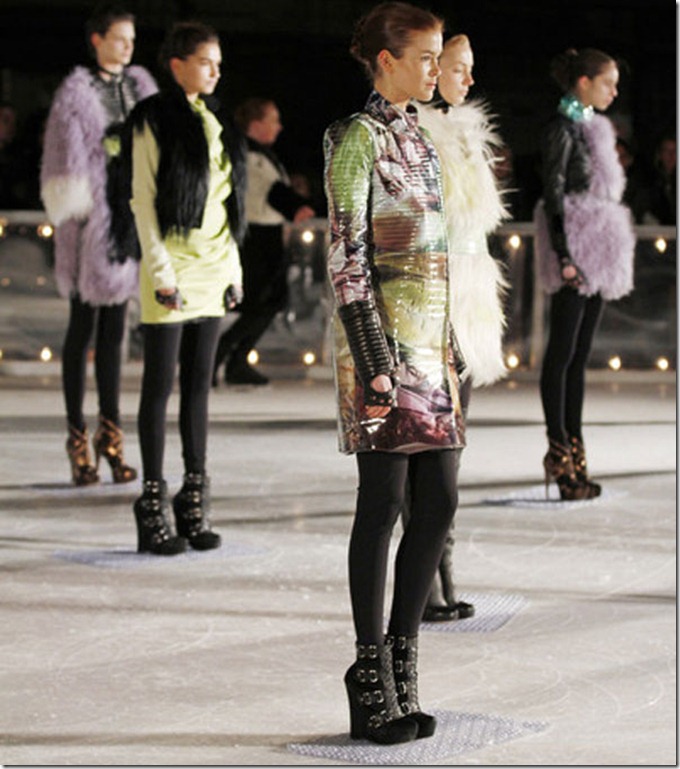 She may have staged the most awesome fashion show spectacle of the New York season. Norwegian-born Elise Overland took over the ice rink outside the Standard Hotel in the Meatpacking District and put her models on ice. Hopefully they got paid extra, because it was downright frigid with the wind whipping across the Hudson at 7 p.m. 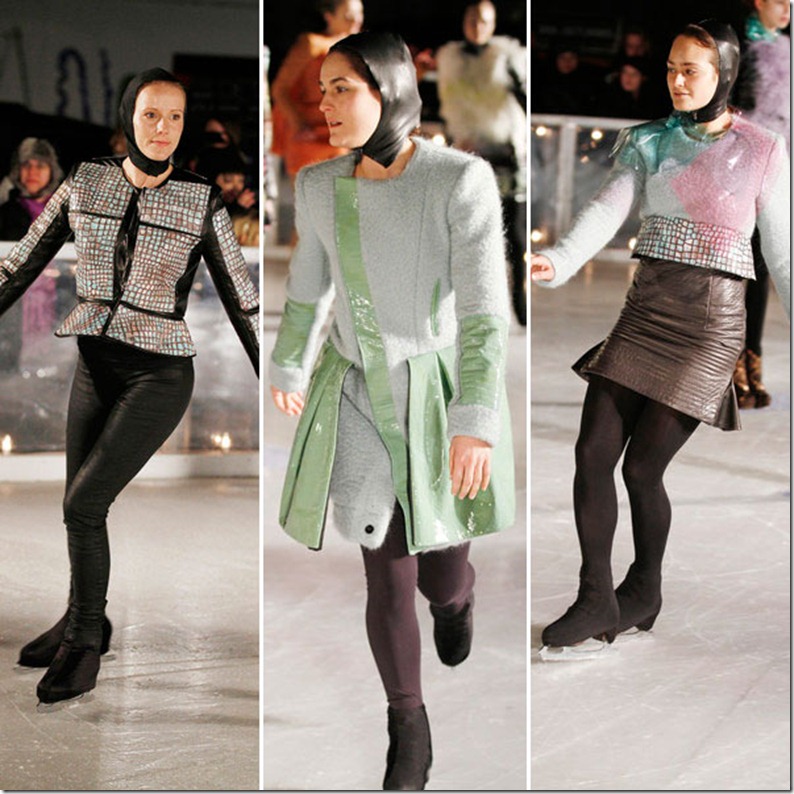 The unlucky ones had to stand still in their stilettos for the half-hour presentation. Overland also enlisted a few amateur skaters to free-skate around the igloo while wearing her arty textured dresses and fluffy fur vests. At least they could keep the blood pumping.

As for those of us watching from the sidelines, well, all was forgotten after a cup or two of spiked cider. And the reward for braving the cold was well worth it -- for an encore, fashion's favorite figure skater Johnny Weir performed while outfitted in a costume that looked like something out of "Black Swan."